True confession: The reason we don’t talk about race is because we do not speak a common language.

‘Small great things’ by Jodi Picoult is a story about an African-American delivery nurse, Ruth Jefferson, who is charged with the murder of Turk and Brittany Bauer’s newborn son.

It is a story filled with lessons to be learned, with the perspective of a deeper understanding of the judicial system’s racial prejudice.

The one thing that I did not expect when I bought this book was the feeling of guilt that I felt once I have finished it.  We live in a world where the racial discrimination is done in plain sight and people are no longer ashamed of hiding it. I consider myself to be a person that doesn’t judge people by their skin colour or religion, beliefs or sexual orientation; but now that I finished Picoult’s book, I cannot help but ask myself if that is entirely true.

This book is written from different POV’s, just as I am used to with Jodi Picoult’s style, and the narrative is constructed in a way that connects entirely the different emotional levels onto which the story unfolds.

I have to say, although at first Ruth was my favourite character and I rooted for her every moment of the story; my perspective changed slowly. I think that Kennedy McQuarie, Ruth’s defendant is a perfect example of why it’s so problematic for some of us to sometimes understand what people of colour have to deal with on a day to day basis.  One of my favourite quotes from the book is (bear with me, it’s quite long):

Most of us think the word racism is synonymous with the word prejudice. But racism is more than just discrimination based on skin colour. It’s also about who has institutional power. Just as racism creates disadvantages for people of colour that makes success harder to achieve, it also gives advantages to white people that make success easier to achieve. It’s hard to see those advantages, much less own up to them.

This book is a page-turner, but it’s also a book I found hard to read. Not because the language and style used were foreign to me, but because of the issue tackled.  Reading about the white supremacist couple and how they perceived race made me sick to my stomach, but also made my heart beat stronger and stronger. It’s sad to think that we live in a world where these people still exist.

I’m not going to tell you line by line about what happens in the book, but I am going to tell you this. ‘Small Great Things’ is an eye opener; it is a book that makes you question your moral beliefs and your perception of the world, and also, probably will bring a tear to your eyes.

Pride is an evil dragon; it sleeps underneath your heart and then roars when you need silence.

You can buy the book here.

Have you read ‘Small Great Things’? What did you think of it?

Are we already connected? 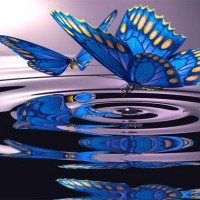 Looking to get into the publishing industry? Find tips, jobs, internships and other general useful things here 🎉

I'm Michelle. This is my blog. I write about women and fatness, expound upon semi-coherent thoughts I have in the middle of the night, and offer tough love to those in whom I am disappointed; they are legion.

A daily selection of the best content published on WordPress, collected for you by humans who love to read.

"A tornado with pretty eyes and a heartbeat"